Partners Helping to Cope with Diabetes

If you have been reading my blog posts, you will see that I tend to mention my boyfriend helping me cope with diabetes quite frequently. That is because he does help me quite frequently, especially in times of lows. 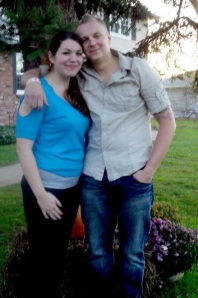 There has been numerous times he has woken me up in the middle of the night to test. There has been numberous times when he gets up before me for work, and I don’t budge. He has made it a habit to make sure I am awake and tested my sugar before he leaves for work. There has been other times when I have begun shaking in the middle of the night, where he’s had to shove glucose tablets down my throat, make me put some juice in my body and suspend my insulin pump. If I was alone, it could have been hours before someone found me, or noticed that I didn’t wake up to go to work. But luckily, I have a great guy sleeping next to me.

There are two people in the scenario — the diabetic and their significant other. I guess I have not really noticed how much my boyfriend is affected, if not more than me, by my low blood sugar episodes. He gets frustrated and annoyed with my numberous lows. We have had numerous conversations about changing my bolus to avoid the lows. We have had numerous conversations about eating an extra snack before bed. And there has been numberous times that I thought “It’s not a big deal.”

The thing is, it is a BIG DEAL!

I have learned that sometimes it may just be better to run high or over-treat a low blood sugar, rather than risking the low and going back into the vicious cycle of an annoyed boyfriend. Even with our conversations, I have gone to bed with blood sugars at 200 mg/dL, and still wake up at 40 mg/dL. Despite everything, I am glad that he is there. I do love him for everything he does for me, and just hope that he can understand how difficult it is to control type 1 diabetes.

3 thoughts on “Partners Helping to Cope with Diabetes”